Friedemann Wo found an interesting tidbit of information in the "evidence" released by the police handling the Skripal poisoning case.

Check out the time stamps.

As you can see, they are exactly the same even down to the second. That's impossible. Obviously neither is in the other's photo, not even walking down the hall behind the other.

Some are trying to say that is because there were several hallways to walk through at that security checkpoint. But as you can see from this image, they are all slightly different. 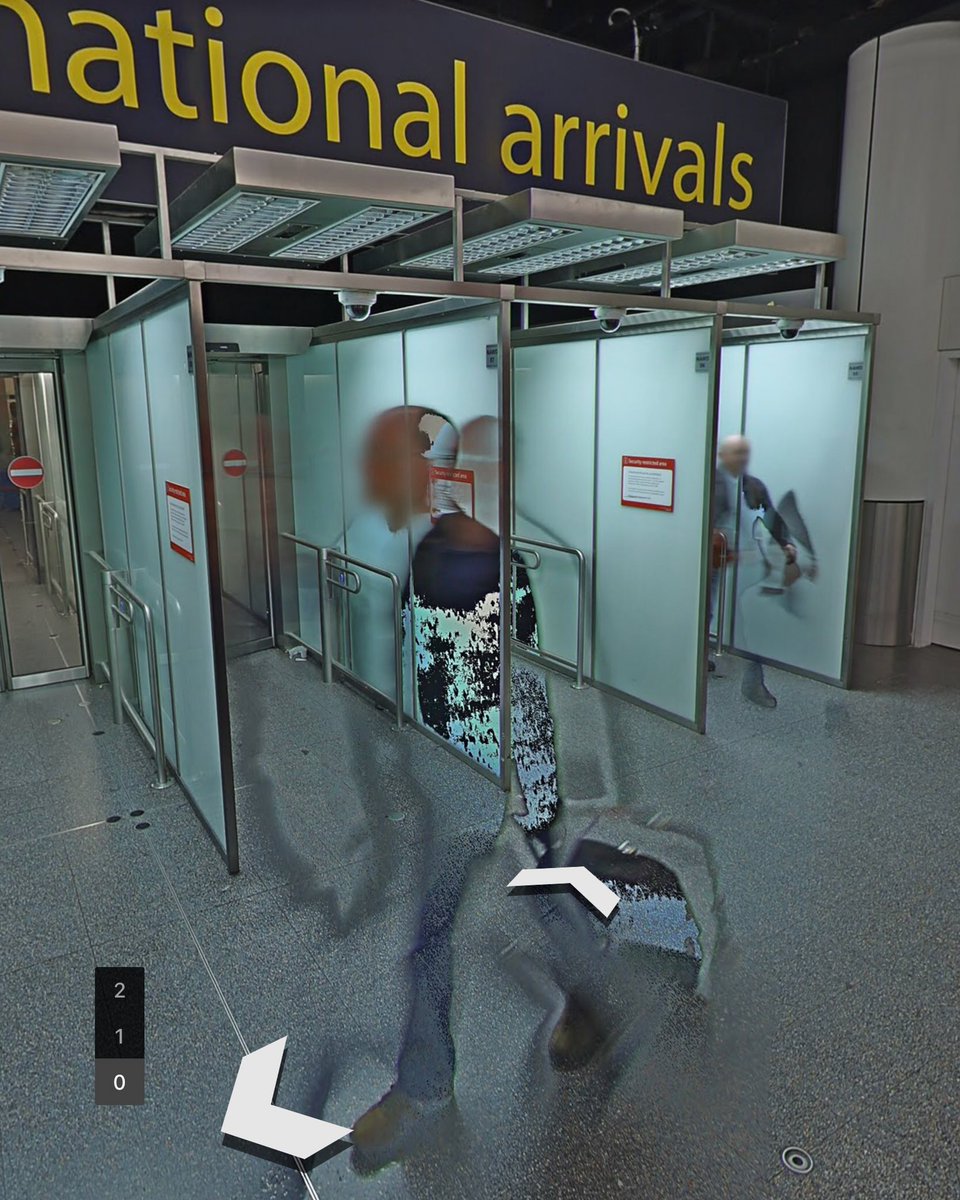 Even still, for them to have passed through as the exact same time, to the second, as each other is highly unlikely.

Another guy has done an overlay of the two images. It makes it clear they were in identical security hallways.

If you look closely you will notice only two of the passageways are the same width. The third is wider. Much wider.

When you look at the photos you see the two men in the two passageways are in the narrow ones.

Now look at the sign hanging on the wall of the inside of the passageways.

In the passageway on the far right side the sign is on the second panel and the other narrow passageway has the sign on the last panel.

In the Boshirov image you can barely see the corner of the sign at the bottom right. In the other, the image has been twisted so you cant see that corner of the sign but you can clearly see there is no sign posted on the second panel which means... they are clearly seen walking along the same corridor... at the exact same second.

Moon of Alabama covered this yesterday and they seem to have fallen for the explanation given that the two men walked through different corridors at the exact same second. Aside from falling for that, they raise some other good questions over there.

" The full statement of the Metropolitan police is here. Excerpts of Prime Minister Theresa May's statement are here.

While May claims the two men were send by Russia's military spy service GRU, the Metropolitan police makes no such claims. Theresa May does not say on what evidence she based her conclusion. There seems to be none.

It also seems a bit curious that a 'Russian assassin' team, allegedly from a highly professional secret service, would travel together and use direct flights from Moscow to London and back. That seems extraordinary careless. Why not fly separate and via a third country?" Moon of Alabama


And here is another good question: how did the dreaded hitmen reseal the box before disposing of it and why? 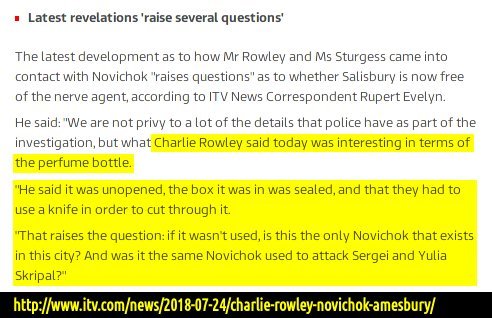 Of course what most forget is the fact that "novichok" never really existed in the first place. It was simply the old Bush administration's effort to keep from signing a chemical weapons treaty with Russia.
Posted by willyloman at 11:04 AM