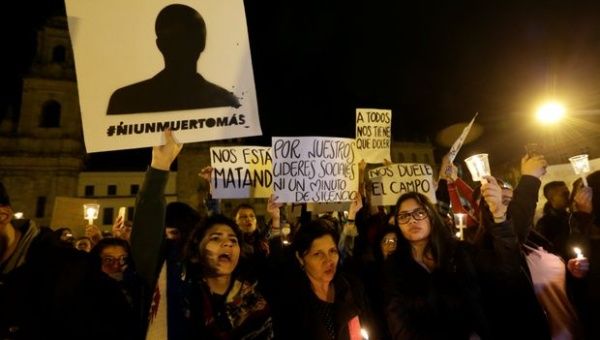 On Friday night, armed men arrived at the residence of Oliver in the municipality of La Macarena and shot him dead, according to the National Confederation of Community Action.

The homicide occurred at 7:00 p.m. local time and the man lost his life at the scene. According to Jaime Gutiérrez, human rights advisor of that community organization, the social leader had not received previous threats and was very appreciated by his community...

[read more here]
Posted by willyloman at 5:03 AM

Email ThisBlogThis!Share to TwitterShare to FacebookShare to Pinterest
Labels: Columbia, war on the left